Home » The Brilliance Of Zelda: Oracle Of Ages & Seasons Pressured Nintendo To Up Its Sport – Function
Playing safe

The Brilliance Of Zelda: Oracle Of Ages & Seasons Pressured Nintendo To Up Its Sport – Function

To celebrate the 35th anniversary of The Legend of Zelda, we’re running a series of features looking at a specific aspect — a theme, character, mechanic, location, memory or something else entirely — from each of the mainline Zelda games. Today, Gavin ponders how the Oracle games demonstrated just how well outside developers had taken Nintendo’s lessons to heart…

For Zelda fans who haven’t gotten around to playing every single entry in the series — hey, there are loads! — the Oracle games are typically ones found languishing on backlogs and to-do lists. That’s not to say that the interconnecting Game Boy Color titles The Legend of Zelda: Oracle of Ages and Oracle of Seasons aren’t fantastic top-down adventures with legions of devoted fans, but they’re arguably the most overlooked entries in the long-running series.

But why is that? Well, the fact that they released at the tail end of the Game Boy Color’s life (which launched in Japan on 27th February 2001) could be a factor, even though they were playable on Game Boy Advance. In fact, they were subtly enhanced for the new console, with the addition of Stockwell’s exclusive Advance Shop and minor tweaks to colour settings which improved the game’s readability on GBA’s notoriously dark screen. Still, you don’t buy a brand new console to play last-gen games, am I right?

Ooo, sick burns for our lovely sister sites Push Square and Pure Xbox, there!… What’s that about Wii U ports? Pipe down, you! 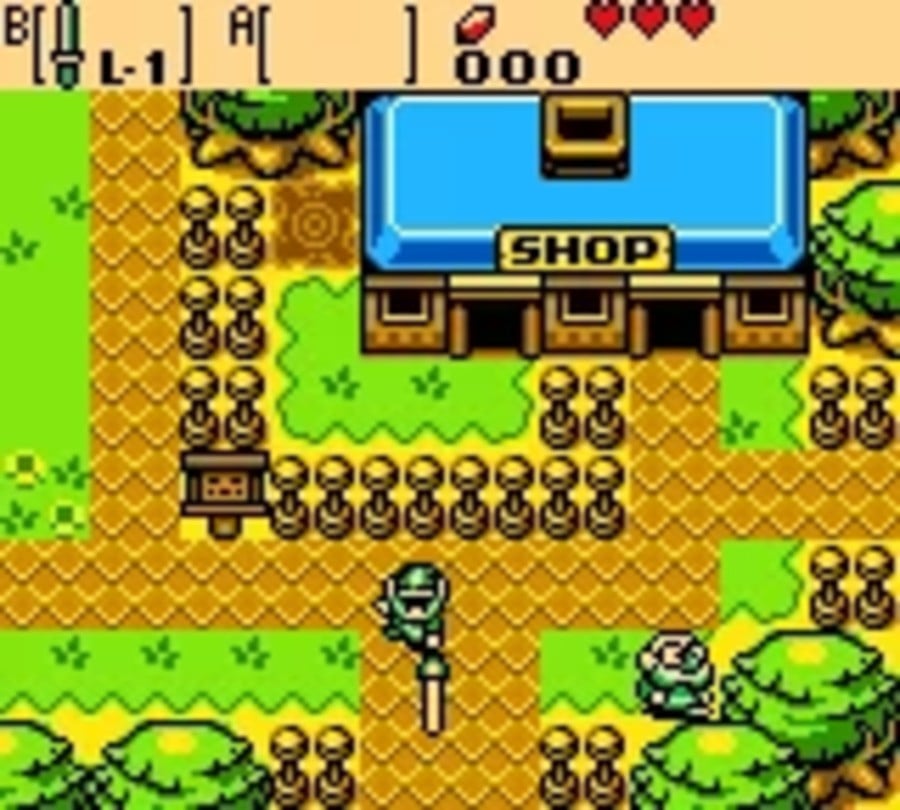 Visually, both Oracle games are very much cast in the Link’s Awakening DX mould, so you might be tempted to leapfrog these if you were playing through the old 2D Zeldas. Oracle of Ages and Seasons were also the first ‘proper’ Zelda games to be outsourced to another studio, so time-pushed purists might position them at the back of the pack for that reason, too.

What’s that? You again? Yes, yes, of course we know about the CD-i games, but Nintendo sent its ‘Men In Black’ door-to-door to erase those from living memory. Never again was it so cavalier with its prized IP, so the fact that the Oracle games weren’t developed in-house makes them all the more noteworthy and impressive. And who better to entrust one of your flagship series to but a studio named ‘Flagship’, eh?

Formed by Konami and Capcom veteran Yoshiki Okamoto, Flagship operated under Capcom’s umbrella and worked with Nintendo on what was originally designed to be a trio of titles, with elements that would link and transfer between them. With the mighty success of the debut Pokémon games likely on their minds (and shiny dollar signs in their eyeballs), it must have made sense to apply this ‘sister-game’ logic to other game series.

This ‘Triforce’ of titles ultimately proved too complicated to develop given the time and resources available; the Dodrio of GBC Zeldas became a Doduo with a password system that tweaked the game experience and endings depending on which one you played first, although you could play one or the other as a standalone experience quite happily and ignore the little narrative hooks and connective tissue entirely.

Whether you play one or both, the Oracle games are fantastic; classic top-down Zelda adventures that embody the very best elements of the series. The power to switch seasons with the shake of a Rod gave plenty of opportunities for climate-changing puzzles in Oracle of Seasons, and time-travelling with the Harp of Ages bought back plenty of memories of the Dark World and Ocarina’s time-travelling shenanigans in Oracle of Ages. 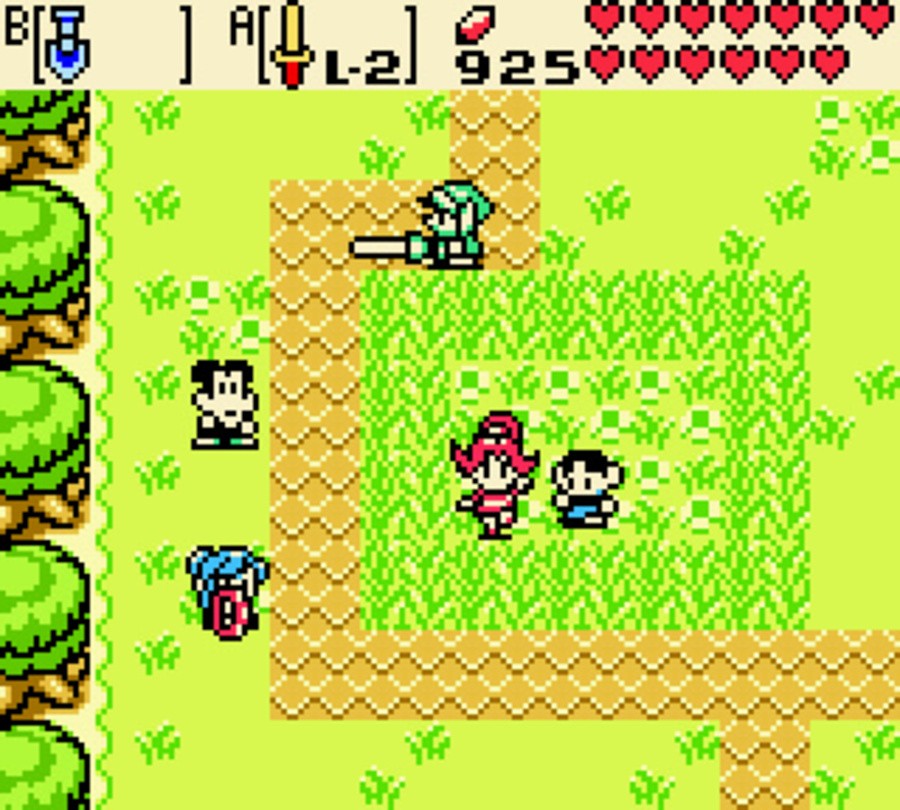 They built upon the foundation of Link’s Awakening not only graphically, but spiritually, with a bizarre cast of characters to rival the series’ most loveable and oddball NPCs. Old favourites turn up, such as Malon and Ingo from Ocarina, Guru-Guru the phonograph player (phonographer? phonographist?), and — a personal favourite — the creepy toilet hand from Majora’s Mask. Returning favourites rub shoulders with a host of enchanting newbies, most of whom we haven’t seen since: Skeleton pirate Cap’n, Bipin and Blossom (and their son, who you have the honour of naming), the subterranean Subrosians, Allan the Poe, and many more. And who can forget Link’s trio of ridable animal companions, Ricky the kangaroo, Dimitri the dodongo, and Moosh the blue bear (who can fly, natch).

The kingdoms of Holodrum and Labrynna are every bit as unique and lovingly realised as Hyrule and Koholint — both through their geography and inhabitants — even if from the outside they might look familiar to 2D Zelda veterans.

Perhaps that familiarity is the biggest criticism you can level at the Oracles games; superficially, they look like extensions of Link’s Awakening DX. They absolutely nail that Zelda ‘formula’, to the extent that they start feeling like more of the same. They launched in the post-Ocarina era when the Zelda series was settling into a familiar routine; on the 3D front, The Wind Waker might have made onlookers gasp with its audacious art style, but the engine underneath wasn’t much different to Ocarina’s, and Twilight Princess would end up iterating on that same template. Nintendo had a problem, and it was the Oracle games which first brought that into focus: How do you keep the essence of a series while evolving it mechanically and not just doing variations on a theme over and over again? You could argue that it took until Breath of the Wild to find the solution and return the series to its trailblazing roots rather than throwing a novelty instrument into the same old formula. 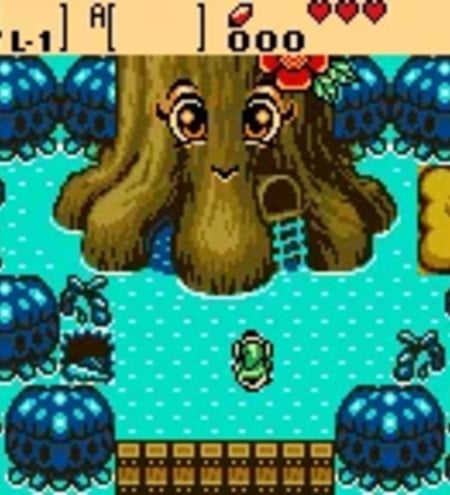 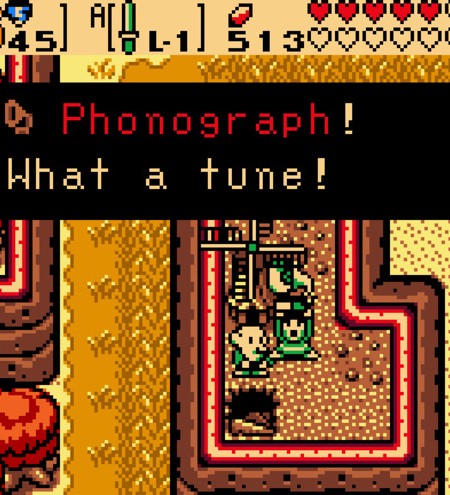 With Flagship delivering a fine GBA port of Link to the Past (including Four Swords) the following year, there was no shortage of 2D Zelda to play on handhelds, and the company would go on to produce The Minish Cap in 2004, too — another fantastic handheld entry and yet further proof that outside studios had mastered the grammar Nintendo invented with the very first Legend of Zelda. The Oracle games made it look easy and were the first sign that Nintendo really needed to up its game if it wanted the Zelda series to remain unique and ‘special’. The development landscape was suddenly filled with talented people who had been saving Hyrule for a decade and a half by then, and five years after the release of the Oracles games another Capcom-owned dev team — Clover — would prove that outside studios had perfected the Zelda formula in 3D, as well. Okami‘s incredible ink wash art style made a real splash on PS2, and the underlying gameplay is pure Zelda.

These days there are many, many games that pay homage to the Zelda series — in 2D and 3D — and they’re very good, too. So, where does that leave the Oracle games? ‘Just’ a couple of decent Zeldas? Hey, you can play all the ‘homages’ you like, but if you’re jonesing for the real McCoy and you never got around to playing Ages or Seasons, you’re in for an authentic treat. It’s a testament to the quality of the overall series that a pair of games this good could be overlooked as also-rans.

If travel restrictions are hampering your getaway plans this summer, book yourself a return trip to Holodrum or Labrynna.

Random: This Tragic Tale Proves You Should...

Ballot: Do You Need Gyroids To Go...

Video: Test Out This Facet-Via-Facet Comparability Of...