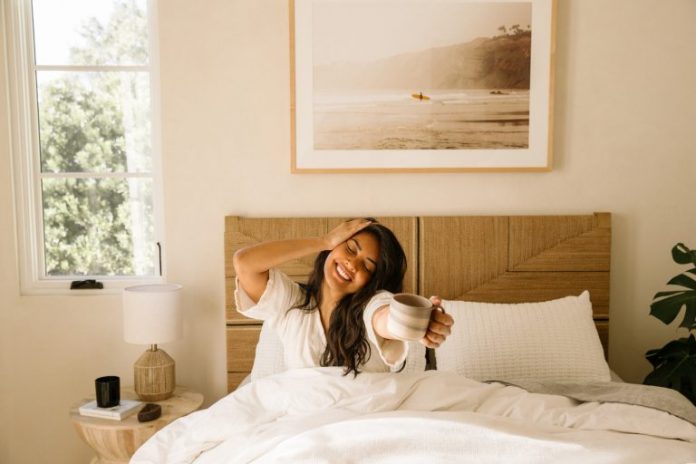 You don’t get much of a sex education at an all-girls Catholic school, but I’ll never forget the occasional kernels of wisdom thrown our way. Like how lying down next to someone of the opposite sex (binary terms only) was essentially the same as committing a crime if it happened before marriage. Or the eternal classic: no kissing for longer than the duration of a Hail Mary prayer. Most of those lessons registered appropriately as absurd (Who’s saying a Hail Mary while kissing?), but the overarching message that sex exists for only one reason burrowed deeper than I knew.

I went off to college and (sorry, mom and the Diocese of Nashville) had sex with people I wasn’t married to. After surviving my first time without combusting into a pile of burning ash, I continued to pre-maritally sex it up through my 20s and early 30s. I worked to become sex-positive and liberate myself from the shroud of shame that cloaked my high school education. I evolved. I totally liked sex! Or at least that’s what I thought until my current partner noticed that I never initiated it, and became the first man to ask me, genuinely, what I liked. 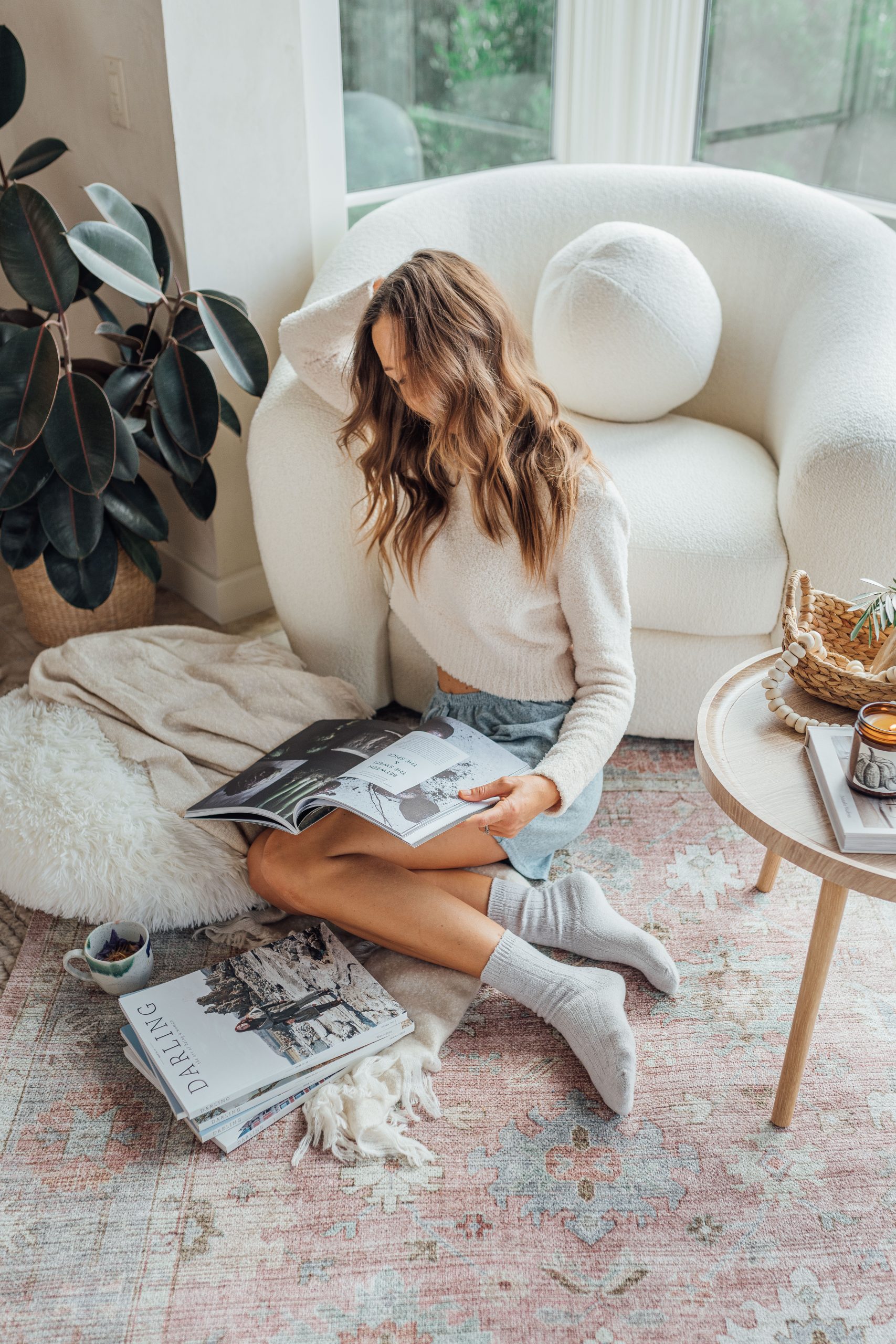 A twice-monthly note from me to you. What’s currently on my mind, in my cart, on my plate, and more. Drop your email to subscribe.

Discovering the Joy of Sex

My face suddenly got hot. “Um. I don’t know… whatever makes you feel good makes me feel good,” I said as sincerely as I could. But this man didn’t buy that. He’d read multiple Bell Hooks books! And this man genuinely loved me.

His well-meaning question turned into a challenge that turned into introspection. Did I actually like sex, or did the people pleaser in me just enjoy the pure act of service? Did the Capricorn in me just want to turn in a good performance? He kindly suggested I see a sex therapist, which I thought was insane. I liked sex! Right?

But the more I tried to convince myself, the more I realized I didn’t have any evidence to back it up. I was as disconnected from the joy of sex as my high school teachers seemed all those years ago. I immediately sought out a counselor specializing in sex therapy with one mission in mind: to find personal joy in sex, maybe for the first time.

Sex When You Don’t Feel Like It: The Book That Changed Everything

In our first session, she suggested a new book that has proven to be pretty life-changing thus far: Sex When You Don’t Feel Like It by relationship therapist and clinical sexologist Cyndi Darnell. Nearly every chapter, case study, and practice was valuable for what I mistook to be a lack of libido on my end. I now know those feelings are almost tragically common, so I wanted to highlight a few moments that hit the hardest for me.

If anything speaks to you, I highly recommend snagging a copy of Darnell’s 2022 book. The highlights ahead are just the tip of the insightful iceberg.

“Everything We Learn About Sex is Lies”

It’s a dramatic chapter title, but you don’t have to grow up in Catholic school to end up with some wild messages about sex. Books, movies, and Disney make us think that love and sex are one and the same. But love is different from desire. The former is about stability and safety, while the latter relies on excitement. Despite the paradoxes, understanding how they show up in our lives can help us work with them.

“For most of us, desire was something we absorbed by osmosis from the cultures around us,” Darnell writes in Sex When You Don’t Feel Like It. “Taking the time to reflect on desire and how we relate to it in contrast with love helps us get closer to it, especially if we were raised with them fused together.”

“As long as desire remains a passive experience, we get stuck in a neurotic relationship with its expression,” Darnell writes. “We lose connection with incentive and motivation. The very thing we seek is alive within us as long as we continue to breathe, yet we close off from it by refusing to accept that desire, like creativity, demands we pay attention long enough to heed its call.”

Allowing yourself to take control of your own desire is a sexual game changer. Because, while “sex can be induced by biological incentives like lust and horniness, it can also be induced by mental, emotional, and contextual ones.”

Sex Isn’t All That Natural

“Certainly the premise of propagating the species may be natural, but that kind of ‘reproduction-style’ sex has very little to do with pleasure, especially for women, gay men, lesbians, non-binary people, and all others whose sexuality sits outside the reproduction versus pleasure square,” Darnell notes.

The relationship therapist suggests that sex is an art or skill to be learned and practiced. “We get encouraged to believe its naturalness means we don’t have to invest too much attention or energy into it,” she adds.

Ask Yourself, “Why Do You Have Sex?”

Darnell points to this simple question as one of the most powerful in her field.

“Having a deeper understanding of why we have sex reduces our need to have goal-oriented sex… where the end result rates more highly than whether or not you enjoyed yourself along the way,” Darnell writes. “If you don’t understand why you are doing something, it is very difficult to know how much satisfaction you can get from it.”

Three Things All Satisfactory Sex Lives Have in Common

In Sex When You Don’t Feel Like It, Darnell describes them as three anchors of The Triangle of Satisfaction: Curiosity, Willingness, and Priority.

Everyone Should Learn How to Talk About Sex Like It Matters

Not just how to talk about sex in general, but how to discuss your own sexual needs. Being able to express how a partner can best pleasure you and vice versa is the road map so many charge ahead without. The mystery would be as unnerving as driving into the unknown without direction. It might be somewhat thrilling, but it wouldn’t be sustainable.

Darnell’s book is filled with case studies that highlight a variety of issues, but the most common problem was that one partner wasn’t able to express what they wanted, so they stopped wanting it altogether—something I, unfortunately, related to.

As much as I rooted for everyone to feel free in their sexuality, desires, and kinks, I realized that I didn’t always afford that acceptance to myself. I didn’t know how to express what I wanted because I didn’t yet have the language.

Everyone Should Learn How to Listen About Sex

Conversely, it’s important to have the sexual and emotional intelligence to know that someone telling you what they need isn’t a criticism of ability, but a gesture of connection.

Try This: The Sex Sandwich

If you’re a fan of Compliment Sandwiches, consider the Sex Sandwich: providing your request or feedback between affirmations.

As Darnell writes in the introduction of Sex When You Don’t Feel Like It, “Eroticism is the sex with your mind switched on.”

While sex may be a collection of urges and acts, eroticism is how we make those acts meaningful. Other things or people may inspire us, but ultimately “it’s us that turns us on.”

30 Things to Do This Month

The 7 Best Tights Brands for Stylish Modern Stockings and Hosiery