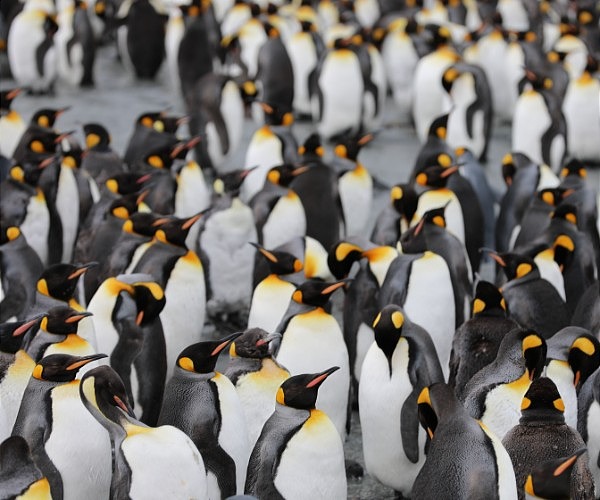 Travel industry executives attribute the increase in luxury cruise bookings that include the chance to see penguins in their natural habitat to “the Sir David Attenborough effect”. After viewing Sir David’s wildlife programs on the BBC, many customers say they hope to see penguins while on a vacation to the Antarctic, according to luxury cruise reseller Panache Cruises.

Cruising allows nature lovers to access remote areas and enjoy them in luxury accommodation from a small cruise ship which has minimal impact on the delicate environment. Now Panache Cruises has named its top seven penguin spotting cruise locations where multiple species of the famous flightless bird can be found in the wild.

There are 18 species of penguins found in different parts of the world, but the southernmost continent has the largest population of penguins – half of the species can be found on Antarctic coasts and sub-Antarctic islands. One of the best ways to meet penguins is to go on an Antarctica cruise, as some of the most breathtaking places where they’re located are only accessible by sea. 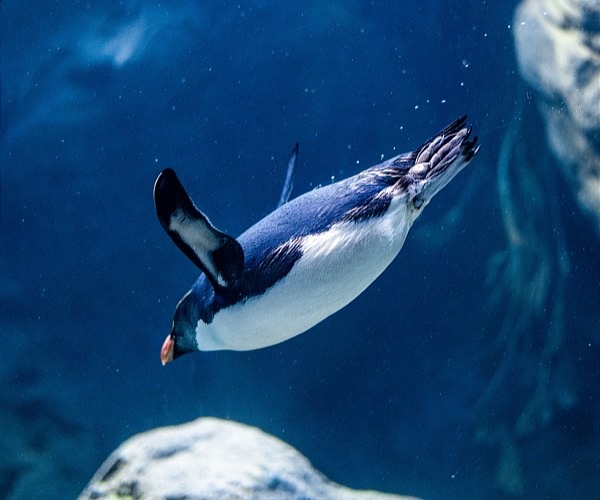 A luxury Antarctic voyage will take adventurous travellers to see the mesmerising scenery and rich wildlife in some of the most popular destinations of the continent, including the Antarctic Peninsula, South Shetland Islands and South Georgia. James Cole, founder and managing director of Panache Cruises said: “The experience of seeing penguins in zoos or national parks cannot compare to seeing them happily waddle around in the wild.

“The popularity of David Attenborough’s TV programmes has brought the wonders of penguins to our living rooms and now thousands of us want to see them in their natural habitats.“Embarking on an expedition cruise to Antarctica is a great way for wildlife-lovers to see the nature in all its glory while enjoying a hassle-free organised tour. “Instead of jetting off on a beach holiday this year, adventure seeking travellers could opt for a luxurious voyage to some of the most far-flung destinations instead.” 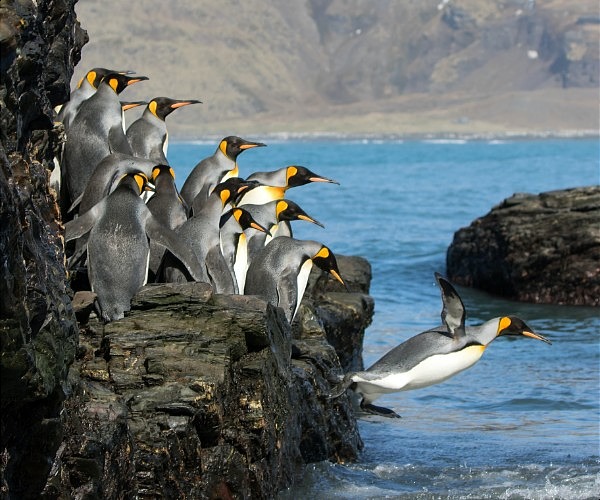 The team at Panache Cruises has put together a list of some of the best cruise destinations for seeing penguins in the wild:

The Peninsula is one of the most popular and accessible destinations in Antarctica. This northernmost region of the continent is home to the greatest variety of wildlife species and some of the most breathtaking scenery. One of the main attractions to The Peninsula is the abundance of penguins, particularly the Gentoo penguin, which are very common there. 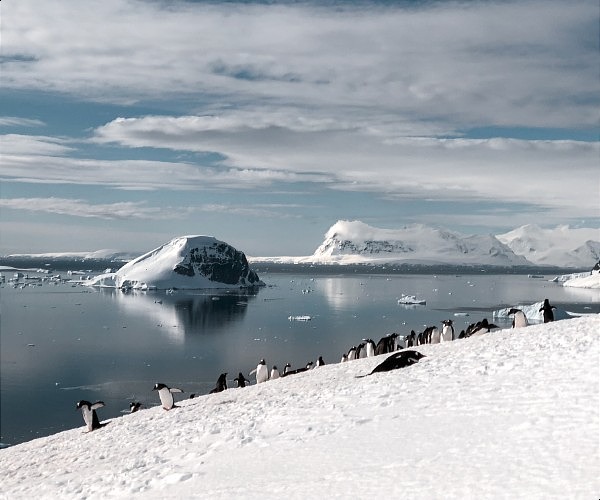 The Antarctic Sound, known as the “Iceberg Alley,” is a channel lined with icebergs and is found at the northern tip of the Peninsula. It’s a great place to see the large Adélie and Emperor penguins. Tourists can also spot seals and hear the sound of whales cutting through the eerie silence.

Penguin Island is one of the smallest South Shetland Islands in Antarctica. This mile-long island offers a nesting and breeding place for Adelie and chinstrap penguins. On the highest point of the island visitors can see the Deacon Peak inactive volcano. To avoid disturbing the wildlife, there is a 100-person limit on the shore. Visitors are not allowed to roam freely, although they are welcome to take guided excursions. 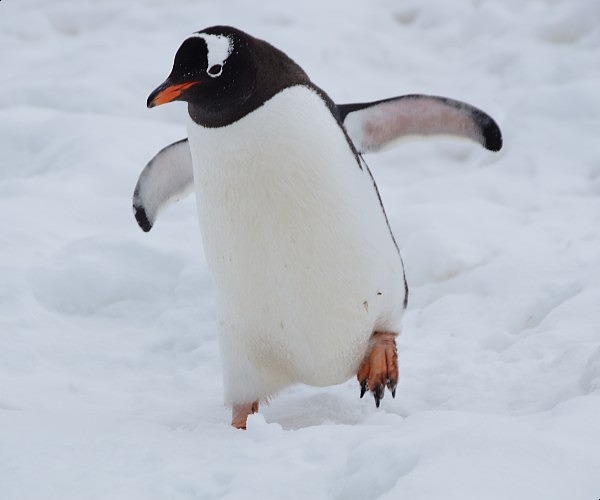 Elephant Island gets its name from the large Elephant seals that live there. It’s also a home for Gentoo penguins and nesting chinstrap penguins. This remote island is regarded as one of the most desolate locations in the entire world. This place is a must-go for polar enthusiasts as they can find out more about the Endurance expedition crew who got stranded on the island for months.

Deception Island in the middle of South Shetland Islands is one of the most unique tourist destinations. In the midst of its fascinating landscape tourists can see a former whaling station and hundreds of thousands of penguins waddling around. In the centre of the island is a massive crater formed by a gigantic volcanic eruption. The volcano on the island is still active which means that the black-sand beaches hold hot steam under the surface and visitors can take a warm volcanic bath. 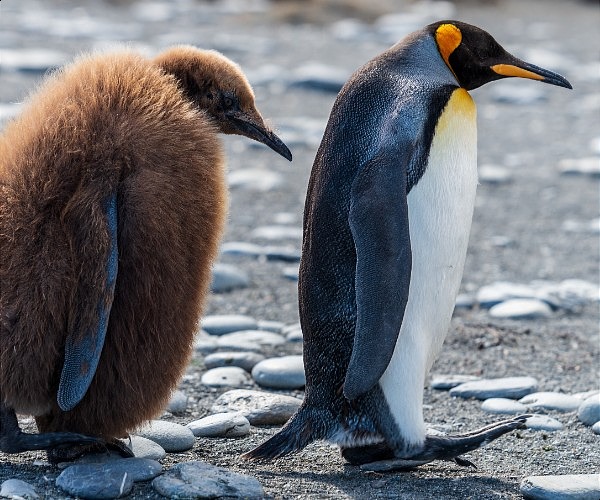 South Georgia is a popular destination on an Antarctica cruise where visitors can step into a wildlife oasis. It’s known as the “Gateway to Antarctica” where tourists can spot petrels, seals, penguins, whales and albatrosses. South Georgia has the highest concentration of marine life on the planet.

The Drake Passage is an iconic part of the cruise journey to Antarctica. The arctic travellers will be able to see a vast variety of marine life, including dolphins, humpback whales, orcas, and penguins, by navigating the notoriously rough waters of the Passage. 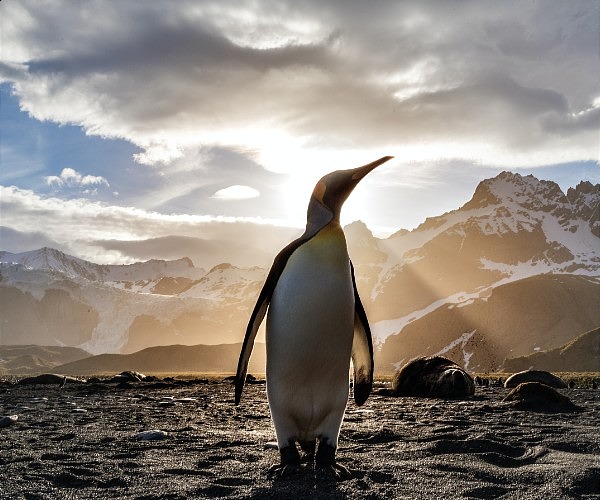