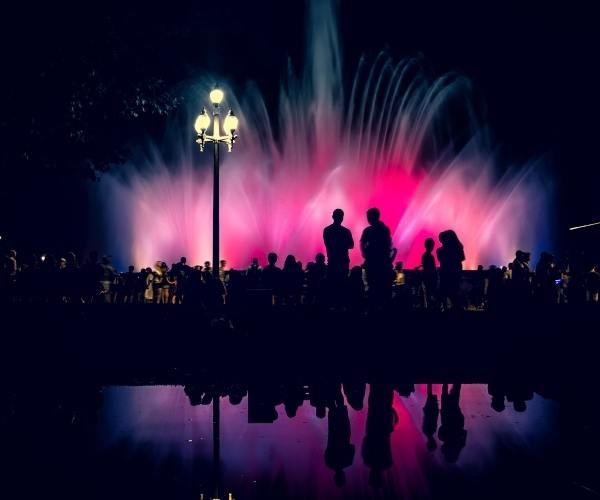 La Mercè is an annual festival that takes place in Barcelona, Spain. It has been an official city holiday since 1871, when the local government first organised a program of special activities to observe the Roman Catholic feast day of Our Lady of Mercy, or La Mare de Déu de la Mercè in Catalan.

The festival is held in September each year and includes parades, fire runs, castellers (human towers), a projection show, and traditional dances. It is the catalan capital’s way of saying farewell to the warmer months and ending the summer season with a bang. For those travelling to Barcelona around this time, it’s an unmissable opportunity to experience Catalan culture and to get involved with the activities and events.

The celebration of La Mercè has religious origins, honouring the Virgin of Grace, patron saint of the archdiocese of Barcelona, and Saint Eulàlia, the co-patroness. In the Gothic Quarter of Barcelona, there is a basilica dedicated to the Virgin. 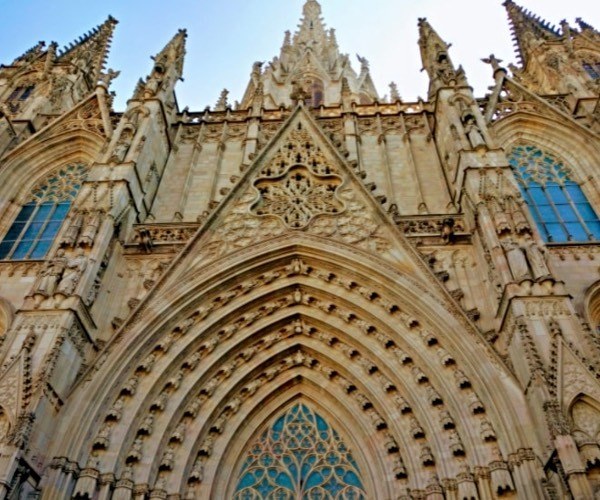 According to the legend, the Virgin Mary appeared to a knight named Pere Nolasc, asking him to create a sacred order of monks that would act in her name. The night carried out her request, and formed the Order of the Merced, or order of Mercy in 1218. The order ransomed poor Christians from pirates that had taken them as prisoners during the wars that resulted from the Crusades.

The festival has been celebrated since the Middle Ages, when it is said the governor of Barcelona asked for the Virgin’s help in clearing a plague of locusts that had descended upon the city. When the city was rid of the pestilence, she was named patroness of the city of Barcelona, which was recognised by the pope in 1868. Since then, an annual festival has been celebrated in the city in the honour of the Virgin.

One of the highlights of the Mercè Festival is the gegants and capgrossos (giants and big heads), a renowned attraction and one that can be enjoyed by the whole family. They are best described as tall papier-mâché figures worn by ‘giant carriers’, who perform dances while the parade makes its way through the streets of Barcelona. 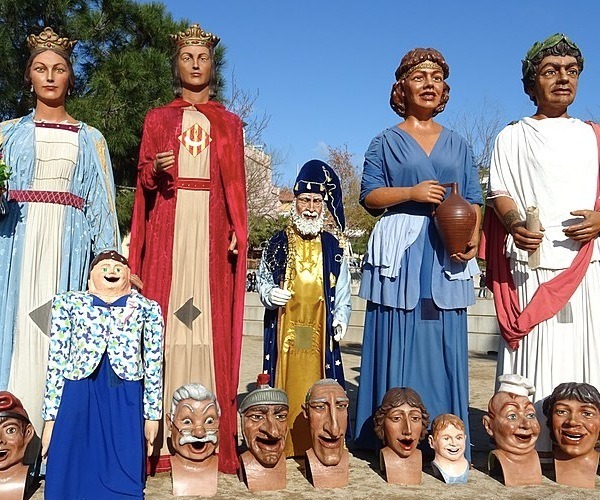 The characters represent popular archetypes, representative animals, or historical figures of local importance. The giants are a custom dating from the Middle Ages, originating in the Corpus Christi processions. Over time, they have lost much of their religious function, and are still present in many parades across Western Europe and Latin America but are particularly important in Catalonia.

The ‘Fire Run’, also known as Correfoc, is one of the most highly anticipated events during the Festes de la Mercè. Dragons, devils, and various ‘bestiari de foc’ (fire beasts), perform dances and parades with fire while an estimated 80,000 fireworks are released. 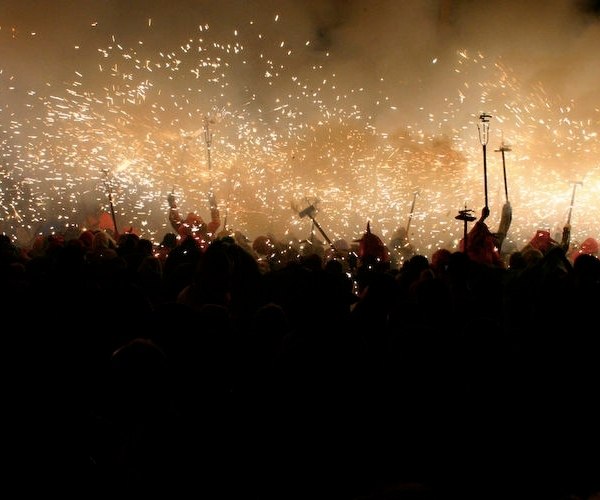 There are two types of Correfoc on the same evening, with an earlier one taking place for ‘little devils’ that is catered towards younger children. The main Correfoc event takes place at dusk, with the procession usually running down the main street of Via Laietana. The main difference with the adult event is that the crowds are sprayed with flames from the sparklers. While it is completely safe to attend, we do advise wearing clothes that will not be ruined by a few sparks, as well as glasses if you plan on getting a front row seat!

Another unmissable aspect of the La Mercè Festival is the show. Also known as human towers, groups of the casteller builders climb up on top of one another, sometimes as high as eight stories high, finishing off each structure with a small child crossing the top of the tower. It requires a tremendous amount of planning and teamwork to build the human tower, and it is quite an amazing sight to see. 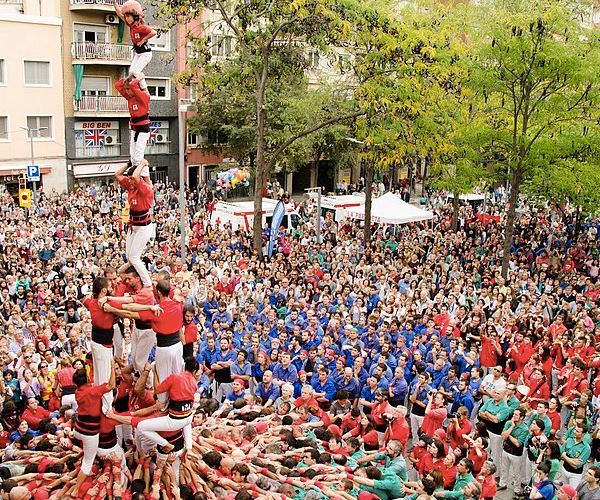 This is an age-old Catalan custom that emerged at the end of the 18 century in Tarragona, just an hour outside of Barcelona. This event is one of the highlights of the Mercè festival and takes place in the Plaça de Jaume in the Gothic Quarter.

The Sardana is a type of ancient folkloric dance, that is an integral part of the regional culture and is a popular feature at most celebrations throughout the Catalan cultural calendar. The dancers, or sardanistas, gather in a circle of alternating men and women, holding hands through a series of different movements. 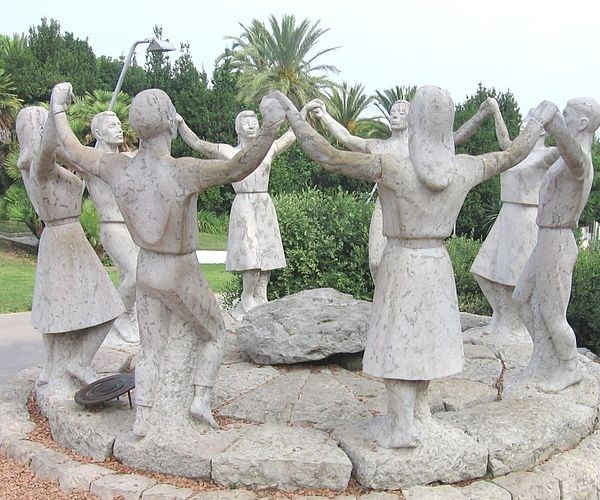 The dance is normally performed to the sound of a live music band known as a cobla, which consists of band members playing mostly wind instruments, along with a small drum and a double bass. The Sardanas are usually open to passers-by who can join the formation, so it is a great way to get involved firsthand in some traditional catalan fun on your visit to Barcelona.

Concerts BAM (Barcelona Acció Musical) are a variety of performances by various international music groups, all gather in Barcelona specially for La Mercè. They run alongside the festival, offering a wide variety of genres including folk, electronic, rock, pop, and indie music.

The celebration usually culminates with a grand finale at the Montjuïc Magic Fountain where a colourful pyrotechnic display is performed. With different shades and hues, laser lights and a firework display, all accompanied by some interesting music, we cannot imagine a better way to say goodbye to the summer. 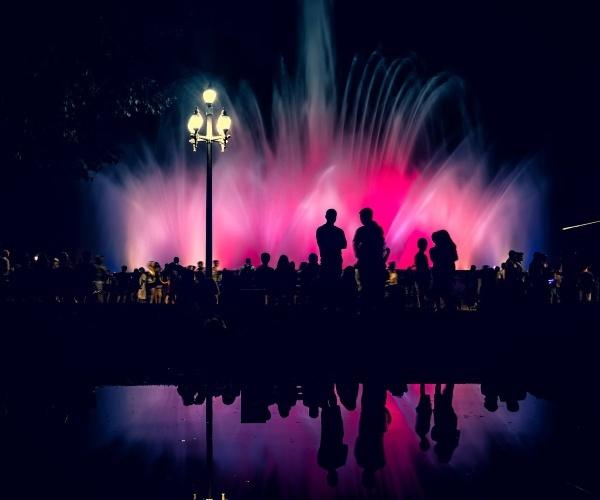