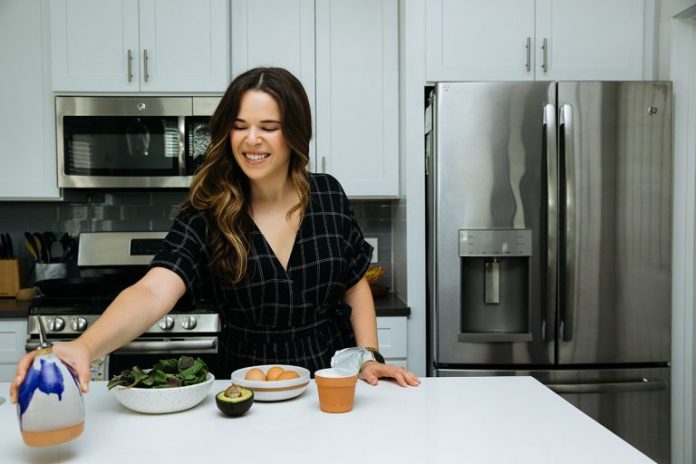 In an effort to steer my screen attention away from Instagram and Twitter in 2020, I found myself diving deep into an online world I never thought I’d go near: Reddit. Some might say the site, founded in part by Serena Williams’ husband Alexis Ohanian in 2005, is just as toxic as the aforementioned apps, and I’m sure that can be true, but Reddit has something Twitter and Instagram lack: forums that are moderated—sometimes very diligently—to support thoughtful conversation. There are communities (called subreddits) for everything from music and uplifting news to The Real Housewives franchise, but one I’ve found to be nothing but pure goodness is r/Cooking. “A place for the cooks of Reddit and those who want to learn how to cook,” I fall squarely into the latter category, and have gleaned some of the best cooking tips following the subreddit’s lively conversations.

In Cooking Reddit, there are no dumb questions, only thoughtful answers. It’s a refuge of support for kitchen-based frustration. (“A moment of silence for the chicken stock I just poured drain the drain whilst straining it” remains a favorite post.) It’s the kind of place Amy Adams’ character in Julie and Julia would almost certainly have visited—and, perhaps, annoyed some people—to share her journey Mastering the Art of French Cooking. For a novice like myself, visiting Cooking Reddit can feel like tapping into a wealth of completely free knowledge—all delivered in an unpretentious, often witty manner. It is absolutely one of the best places on the internet.

I’ve been mining the forum for over a year and saving the occasional thread that catches my eye along the way. Ahead of the cooking-heavy holidays, I thought I’d share some of my favorite r/Cooking gems.

Someone was so moved by a particular cooking tip, they made a brand new post to thank the anonymous Redditor who shared their grandmother’s bacon recipe. The game-changing ingredient: flour. “Just a light dredge on either side, lay the slices on a foil-covered baking sheet, then bake for 25 minutes in a 350-degree F oven. No shrinkage, perfectly crispy. Chef’s kiss!”

u/Jako_Spade posed the question: if you’re only allowed to use one brand of butter for the rest of your life, which would choose? The clear winner: velvet-soft Irish gem and chef-preferred KerryGold. However, Le Prés Salés deserves an honorable mention, as does Trader Joe’s cultured salted butter.

One Has to Go

After trying to crown the best pasta shape (most agreed it depends on the sauce), it was time to select the worst. Or as u/BitPoet put it, “the friendship-ending level of bad pasta, where it is not just something you’d never buy, but flies the ‘I am a horrible person who only has hatred in their heart’ flag.”

Harsh for the winner, penne lisce (smooth penne), but fair! After all, it was the only pasta left on the shelves of Italy during the early days of the pandemic.

One adventurous chef (and Instagrammer) wanted to cook 50 different dishes to represent the United States, so they polled r/Cooking to discover the recipe that best represents each state. Understandably, the responses were passionate. From Maryland, there was a crab feast with Old Bay seasoning. Over in Indiana, Hoosier breaded pork tenderloin sandwich was the main attraction. Texas brought brisket barbeque to the table, and for dessert, scotcharoos from Iowa.

Have you made a cooking discovery that absolutely changed the game for you? u/Leonardo-di-Caprisun found two (chicken stock cubes in pasta water and using scissors to cut just about anything, including chicken thighs), and wanted to know what other “weird but life-changing” hacks other users had to offer.

From u/JMSidhe: “Adding a splash of orange juice to pumpkin or banana bread. The acidity really adds some brightness against the spices.

From u/dalore: “Baking powder on your chicken skin makes it extra crispy.”

From u/365seats: “Keep ginger in the freezer. Use a micro plane or grater to grate the frozen ginger into sauces, fried rice, etc.”

From u/calinet6: “Okay, people call me crazy, they call me nuts, they laugh at me, and they downvote me every time I bring this up. But… the microwave is extremely useful for potatoes in a pinch to speed up the whole process… Even better, for frying up crispy potatoes, chop up and toss with a little olive oil and salt and pepper, then microwave with a lid for five minutes, then straight into a cast iron pan to get them crispy. It just speeds everything up and they come out delicious.”

And a personal favorite, from u/mmcookingchannel: “Stop cutting the ends off of things before cutting them. Use the end as a handle.”

Only in r/Cooking could an election post be completely pure and apolitical. Last November, u/rawlingstones asked what everyone was stress eating for the occasion. Most did a variation on “smashed red grapes from Spain. A whole bottle of them,” but some got creative. There were s’mores in the air fryer and Trader Joe’s corn cookies. Someone who finds distraction in labor-intensive food projects decided to make a dish to represent every swing state (first up: tator tot casserole from Minnesota). One user actually discovered a 1940s-era recipe for “Election Cake” made with lemons and raisins, which they reported was surprisingly tasty.

The Best Gifts for Siblings: Thoughtful Steals and Splurges